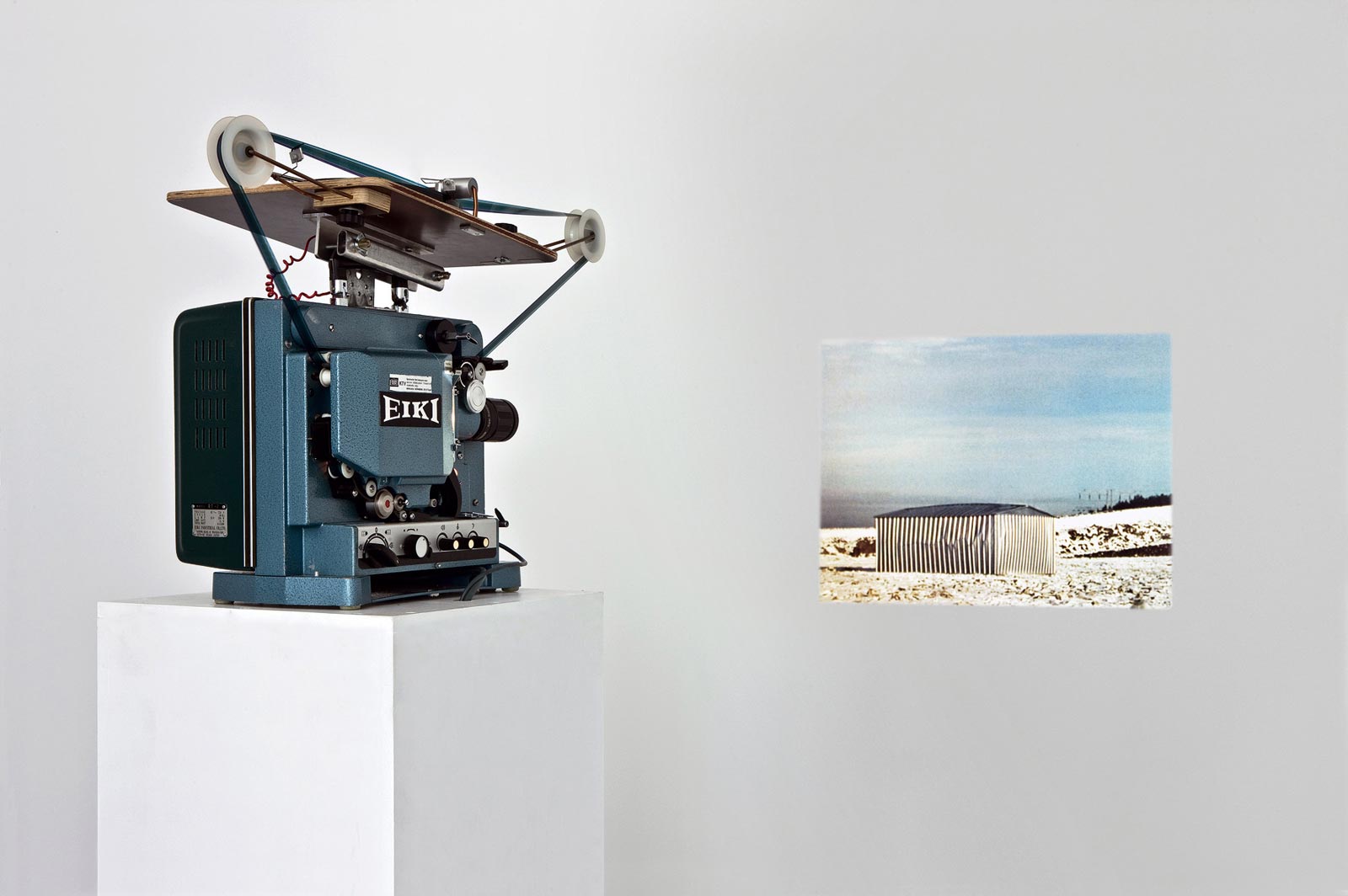 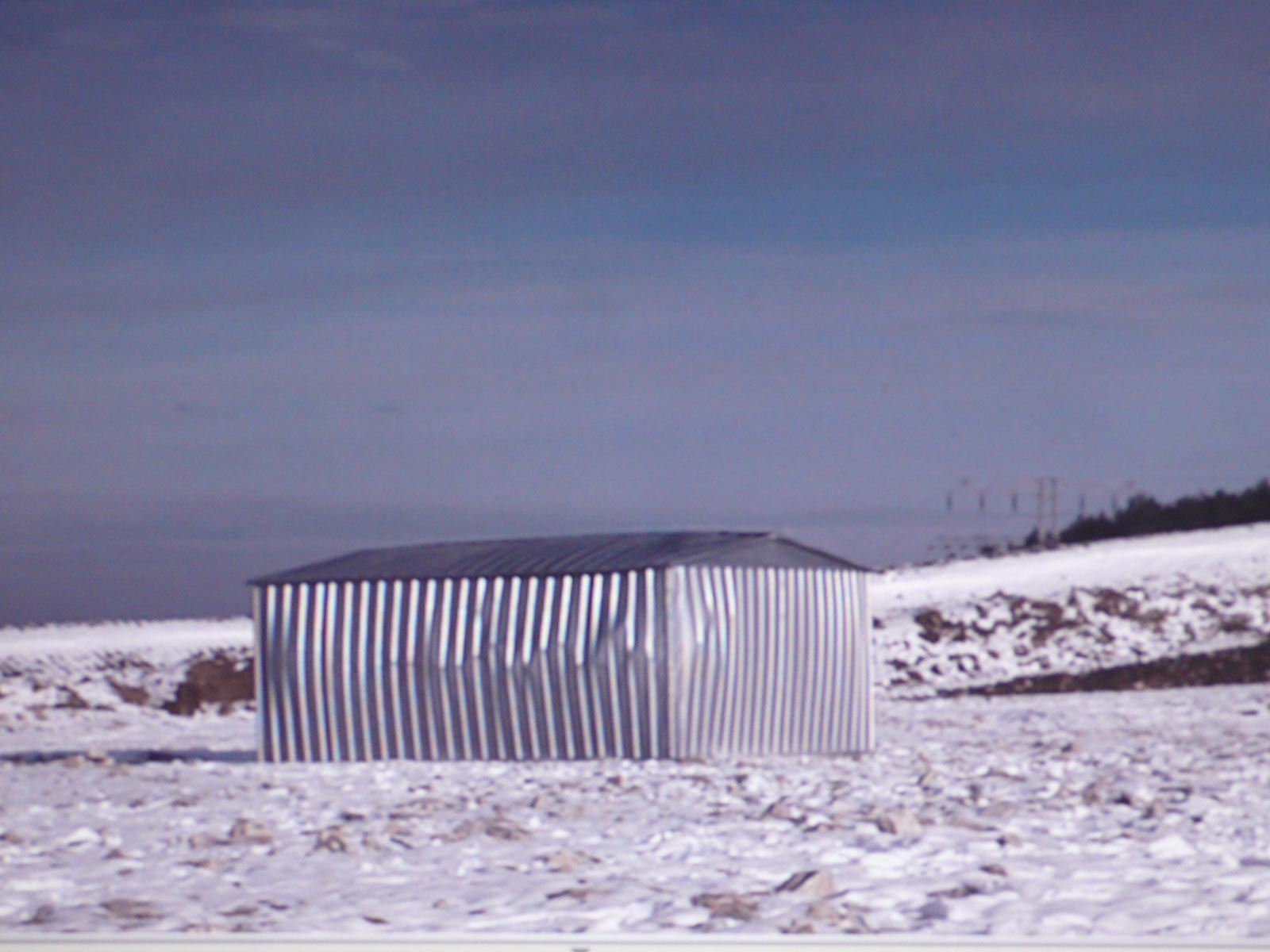 A corrugated-iron building is constructed near Lohma in Thuringia. Then

it is blown up, and the explosion documented by a high-speed film
camera. In the film the building expands for several seconds until it
reaches a certain volume. Just before it explodes, the house contracts
and then expands again. An excerpt from the film runs in reverse. The
prolonged bang of the explosion on the soundtrack reinforces the
impression of continual breathing.