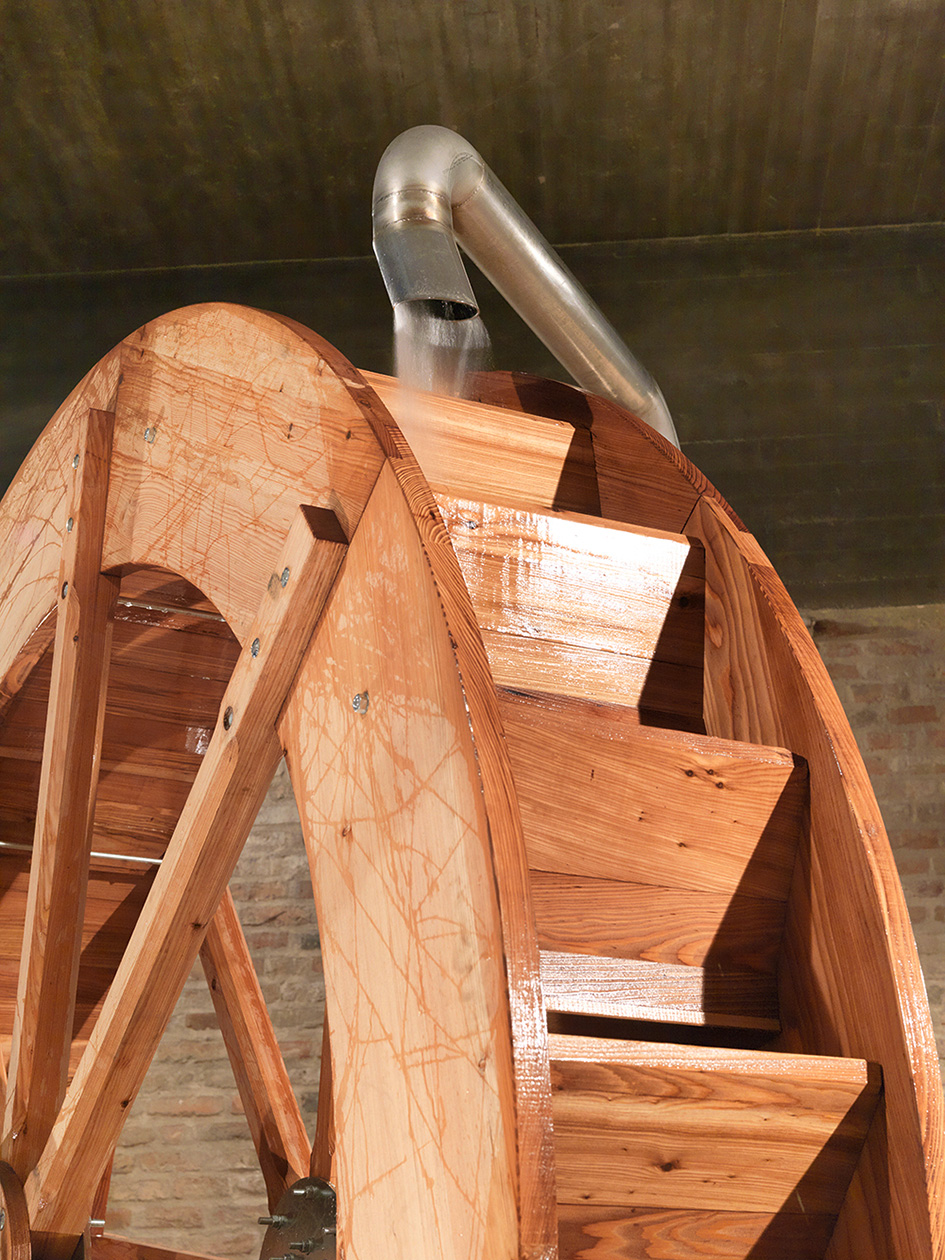 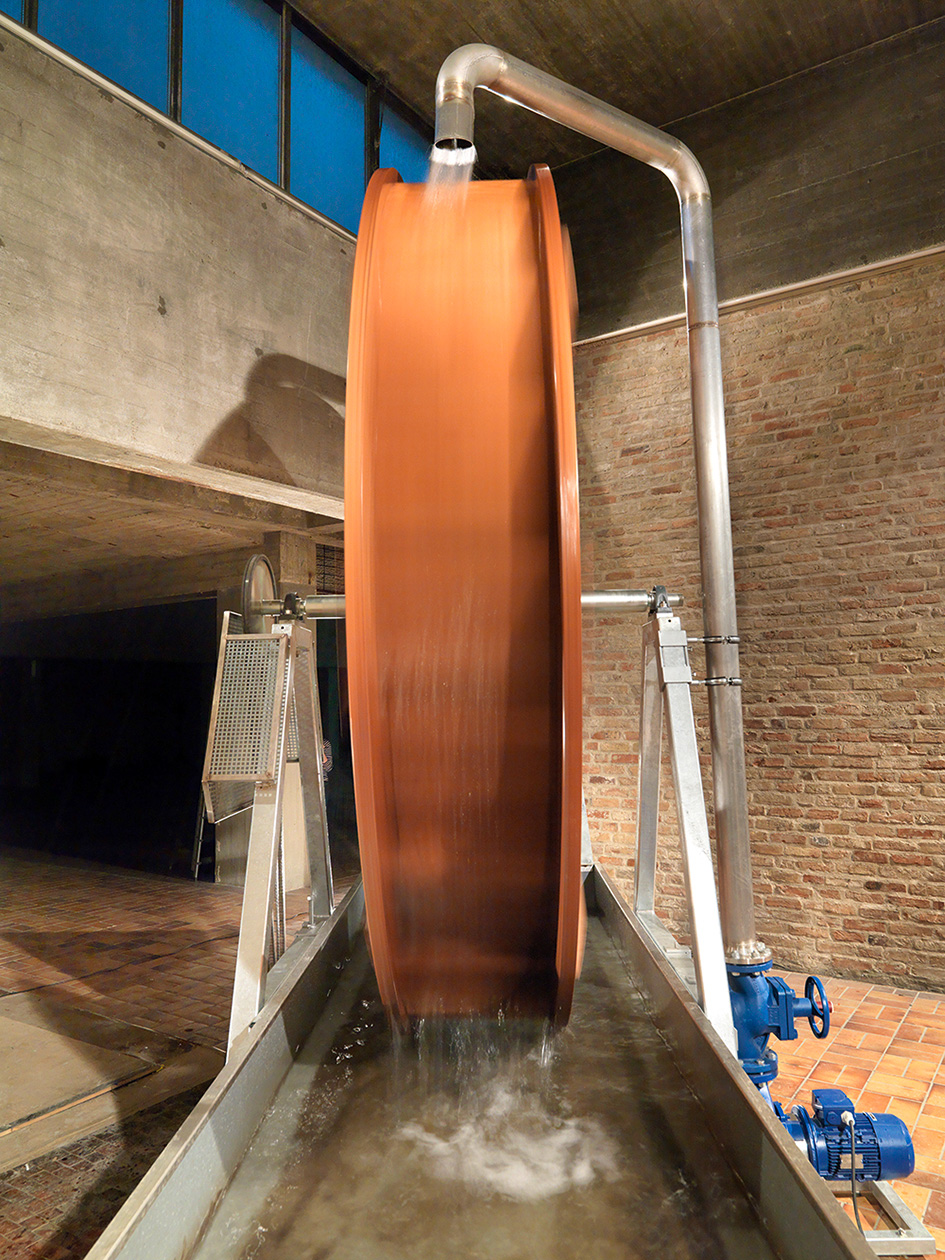 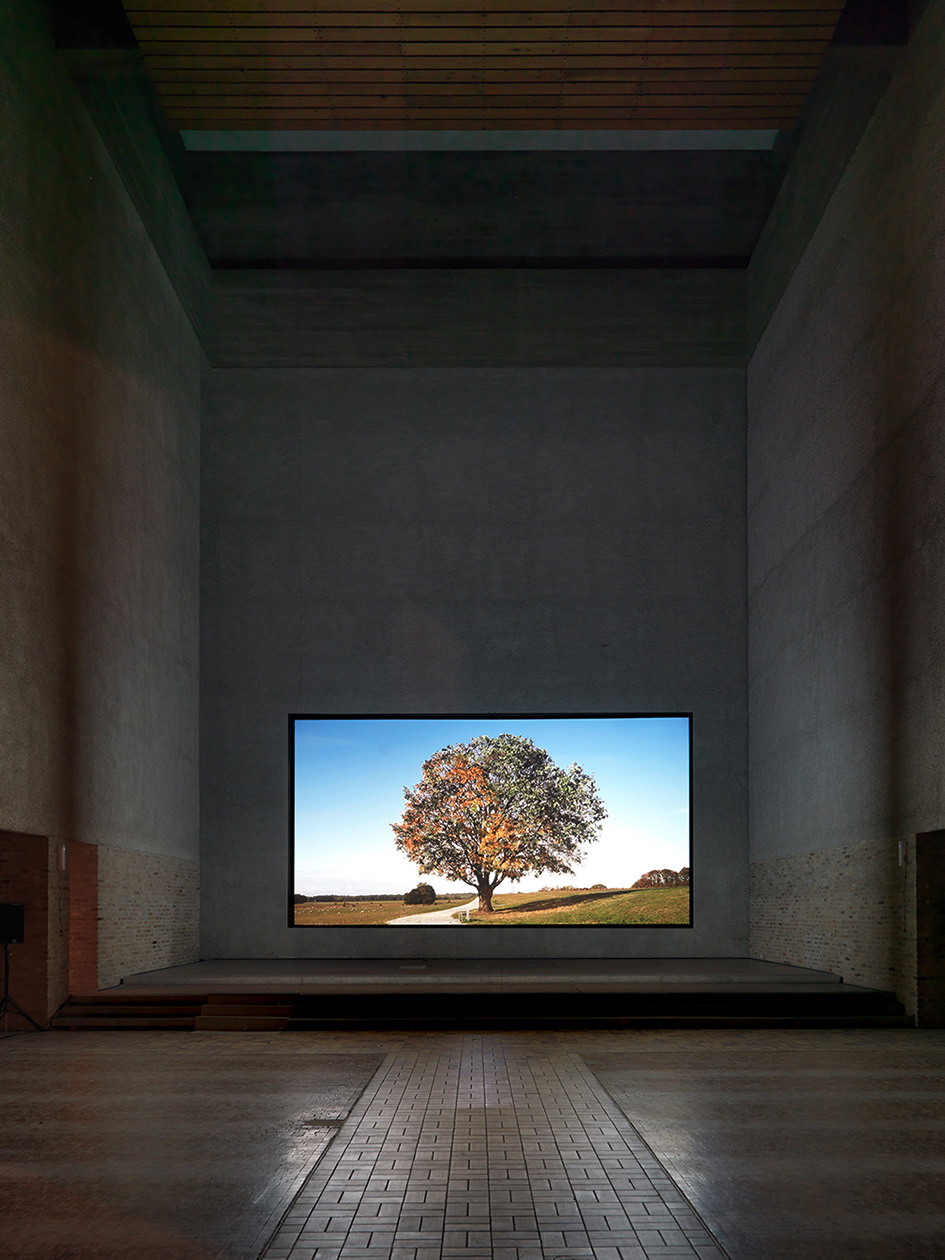 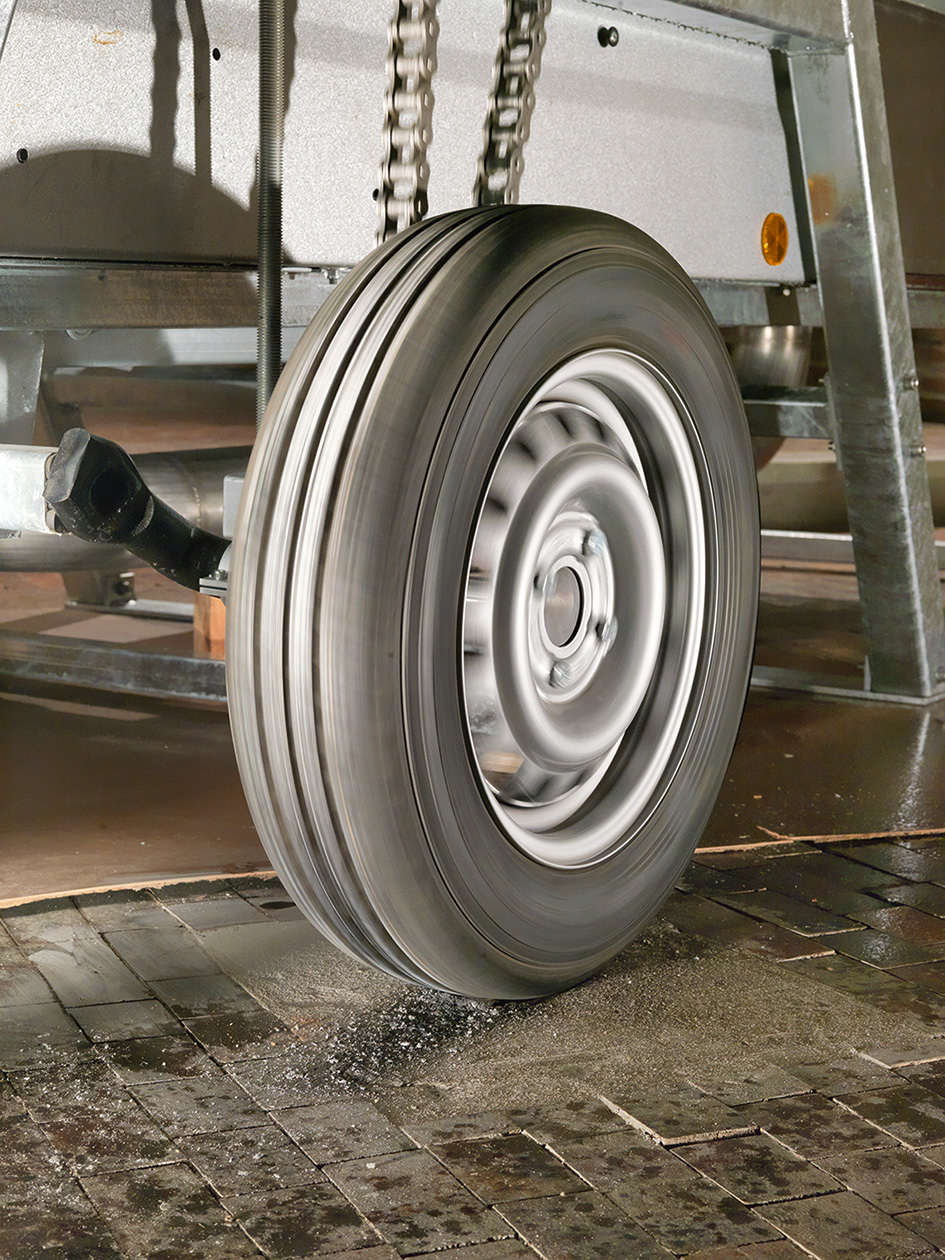 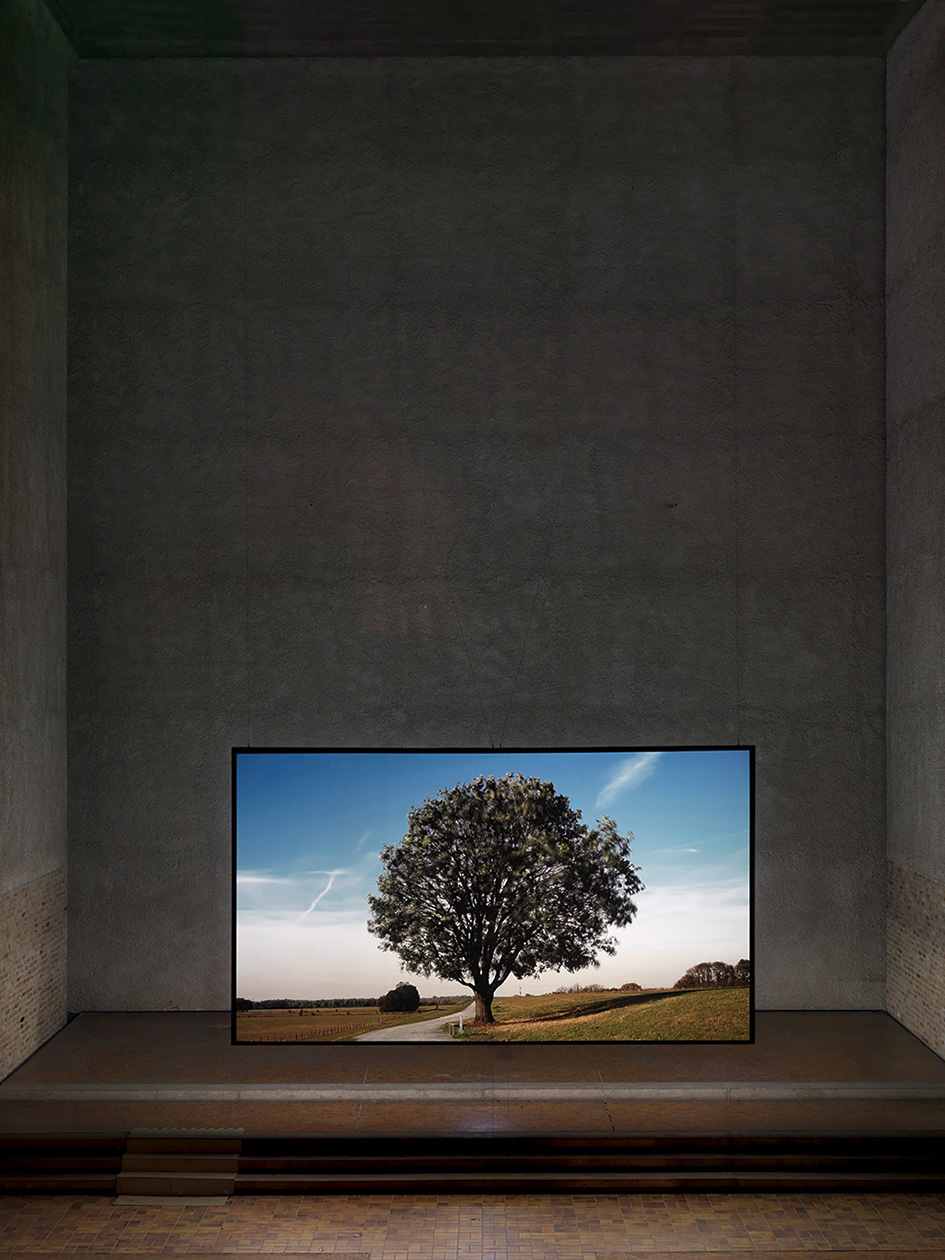 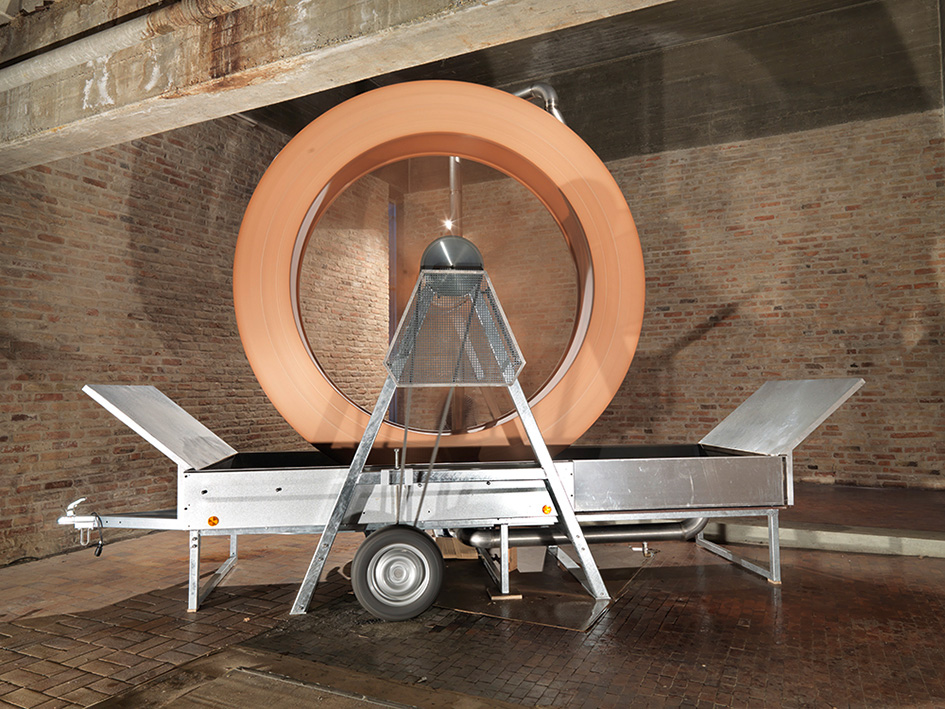 For the primary space in ST. AGNES with its monumental simplicity Sailstorfer has chosen a large-format projection surface hung immediately in front of the former altar-area in the central nave, so that the beholder can walk up to the tree, his steps seeking as it were a dialogic rhythm matching the tree’s movements. The origin of the work is Sailstorfer’s public Antiherbst project, realized in the Emscherkunst.2013 exhibition on the Rhine dyke near Duisburg. In a laborious and painstaking process, Sailstorfer and his team set to work on the tree over several weeks: as, during the autumn, the tree shed the first of its leaves, these were conserved, dyed green and re-attached to the tree with thin cable ties. This long-term performance was documented on film and post-edited so as to eliminate those sequences in which the ongoing work-processes were visible. In the final result, one sees – in Sailstorfer’s words – “only the image of the tree, whose leaves change, move and seem ever more unreal and artificial, but, in contrast to the trees in the background, do not fall to the ground”.

With Antiherbst Sailstorfer has achieved a further Sisyphan labour, which, at first glance, appears completely meaningless as a process, as a performance so to say, but then becomes all the more meaningful in its filmic, aesthetic documentation. Sailstorfer, it seems, is forever in search of the subtle in the banal, of the non-humdrum in the humdrum.